Surf’s Up: Where the Pros Go to Hang Ten

By Kathy A. McDonald 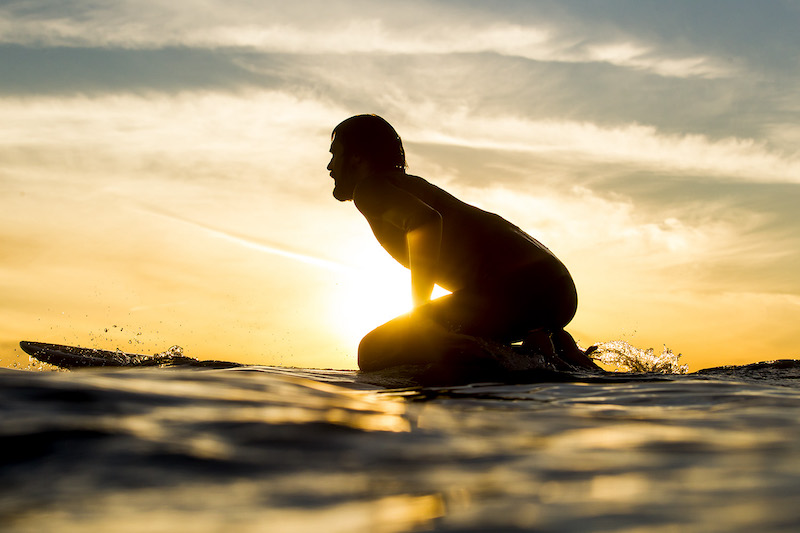 There’s an endless summer of discovery for surfers who travel the globe in search of the perfect wave. Whether you’re planning bucket-list excursions (visualize a floatplane to an off-reef break in the Indian Ocean) or simply wanting to learn how to hang ten for the first time, these hot spots — recommended by pro surfers — know how to cater to newbies and seasoned kahunas alike. All located in outstanding natural settings near epic point breaks that attract surfers of varying skill levels, these are the places to stay when the waves are firing.

Trestles is a two-and-a-half-mile collection of iconic breaks at the border of San Diego and Orange counties — the place where surf pioneer and early surfboard shaper Lorrin “Whitey” Harrison helped popularize the sport. Although locals would like to keep it to themselves (come wintertime, they more or less do), the word’s been out since the 1940s about the primo coastline that is now San Onofre State Beach (the Beach Boys gave it a big aloha in their song “Surfin’ USA”). Sean Rowland co-founded Nomads Hotel, as well as the Canteen upstairs, to welcome surfers seeking comfortable digs. The seven-room hotel says yes to families too; the San Clemente Patio Suite offers two twin-size bunks and a sleeper sofa in addition to a queen-size bed. Surf photos and memorabilia are found throughout the hotel’s brightly hued rooms. Nomads’ surf packages are tailored to skill sets, and include van transport, lessons, boards and wetsuits. “We’ll put you in the right place, based on weather and ability,” Rowland says. “The waves are amazing year-round,” he adds, although the September and October hurricane season brings epic south swells.

When to go: April-December.
Rates start at: $390 per person for three nights

A world-class, perfect tube lures folks to the uncrowded northwest Pacific coast of Nicaragua. “The better the surfer, the more they like it,” says Chancletas Beach Resort owner Shay O’Brien of the famed, hollow warm wave and plentiful swells within steps of the tropical all-inclusive resort and its coconut palms, pool and two-story yoga tower. It takes experience to surf “The Boom,” but within two miles are seven beaches, two points, and sandy coves with mellower beach breaks. Surfing purists can do their thing all day after walking a short path to Aserradores Beach. Visitors looking for further adventures can book Chancletas’ North Nica package, which also includes fishing, horseback riding, volcano visits and other waves. “We take people to the best spots at the best time at the best tide,” O’Brien says. Three hours from the crowded, capital city Managua, the secluded locale means less competition in the lineup. Chancletas’ guest count is limited to fourteen at a time, to keep the vibe just right in the relatively unspoiled natural setting.

The North Shore of Oahu’s massive waves are celebrities of the natural world; the Banzai Pipeline and Waimea Bay’s towering swells are star attractions that bring out the best surfers and pro competitions. The closest major resort, seen in Forgetting Sarah Marshall, is a star too: Turtle Bay Resort on the North Shore. Completely renovated in 2021, the open-to-the-trade-winds bar overlooks the right-hand reef breaks outside Turtle Bay from the hotel’s perch on its own rocky peninsula. “Turtle Bay is right in the heart of the North Shore and, no matter what season it is, there are breaks nearby that are perfect for every level of surfer, from the beginner to the pro,” says Turtle Bay surf ambassador Rocky Canon. He takes nervous groms and anyone who needs a confidence boost offshore, accompanied by trained surf pups. Also nearby is the Hans Hedemann Surf School, which offers lessons for surfers of all abilities. There is much to explore onshore too: horseback riding, two challenging golf courses, and helicopter excursions from the property to nearby waterfalls. The North Shore’s seven-and-a-half miles of exciting breaks are only an hour from Honolulu.

If you seek a unique left-hand point break followed by shots of premium tequila, The Cape, a Thompson Hotel — on Monuments Beach (Playa Monumento), east of Mexico’s Cabo San Lucas — awaits. Seasoned surfers can handle the tight takeoff point; everyone else can find plentiful beach and saltwater pool hang time at the contemporary resort, with El Arco in view. “Monuments is a dreamy, fabulous, left break,” explains The Cape’s rooftop manager, Jihad El Masri, who is also a surfer himself. “It’s a fast, strong, clean wave with a universe under your feet full of reefs, corals and animal life,” he says of the warm waves, which can surge up to six feet. The oceanfront resort was designed to complement the surrounding Baja desert terrain and maximizes views of the beach and break. Board storage, rentals and surf lessons are on call. Book the tricked-out Surfer Villa for direct beach access and a private plunge pool; it’s a favorite of pro surfers. Check the Monuments break anytime via Surfline.com.

Imagine a completely empty break in the midst of the crystal clear, aquamarine waters of the Indian Ocean. The Four Seasons Resort Maldives at Kuda Huraa promises a stunning bucket-list day on remote reef breaks accessible via floatplane. A guide takes up to eight on this open water “surfari,” whose price tag is also out of this world ($9,500 and up for the private excursion). There’s a surf school at the center of the distant atoll where beginners learn to pop up in a sheltered lagoon. Zodiacs whisk guests directly out to pumping swells; most days, there are shreddable tropical waves for all levels, from fast reef breaks to mellow shore breakers. “Surf is easy to be in love with here,” says pro surfer Shane Dorian, a frequent Maldives visitor. “The choices [of waves] don’t have many limits.” The Four Seasons’ overwater bungalows are reason enough to visit. Drop in for a quick snorkel into the warm waters below or watch the sunset from a private plunge pool. One more unrivaled indulgence: the resort’s spa is set apart on its own island. Treatments can be booked at night on the beach under a blanket of starlight.

In the fall of 2020, eleven-time world championship surfer Kelly Slater made the trek to Uluwatu on the southwestern tip of Bali’s Bukit Peninsula. The undeniable attraction: the coastline’s six world-class reef breaks and clean, rolling barrels. Uluwatu, which translates to “land’s end rock,” has lured experienced surfers since the mid-1970s to its warm water and powerful, long rides. An 11th-century Hindu temple is a heaven-sent local landmark (Temples break is just offshore). The multilevel, seventy-five-room Anantara Uluwatu is built directly into the imposing limestone cliff and faces Impossibles Beach’s dynamic surf. “Uluwatu and the surrounding breaks are indeed the premium surf areas in Bali,” says Allan Strahle, Anantara Uluwatu’s general manager, highlighting the “consistent size and quality of the waves here.” Surfers descend through the resort’s beach elevator; from there it’s more than 325 yards to paddle out from the aptly named beach to the break. Excursions and surf lessons are available through the Quiksilver Bali Surf Academy. Anantara’s Indian Ocean-facing suites have drop-dead sunset views. Begin the day in a Jacuzzi with an energizing and Instagram-popularized Balinese floating breakfast.