The Under-Appreciated Value of the No. 3 Pick 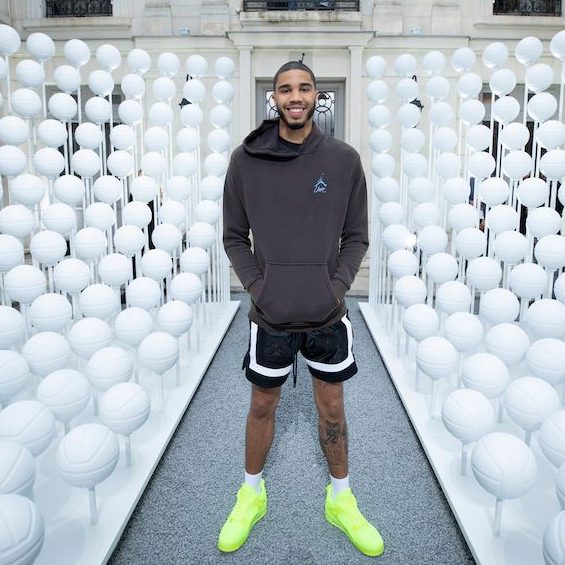 What do Michael Jordan, Luka Dončić and James Harden all have in common? Besides being superstars, they each started out as No. 3 draft picks. Wait. The GOAT — the Greatest of All Time, Michael Jeffrey Jordan — was drafted as the No. 3 pick? How the fuck did that happen?

Even though there are many ways to build a team — through trades, free agency, and the draft — every few years there seems to be a place that teams race to the bottom to reach. But what’s been clear is that, more often than not, the No. 3 pick has consistently been a better player than the No. 2 pick. In fact, if you look back over the last forty years, you will find players who slipped to No. 3, like Jordan, that will make you scratch your head.

This phenomenon has never been more prevalent than in the last five years, with guys like LaMelo Ball, Luka Dončić, Joel Embiid and Jayson Tatum all coming in at third position.

So why do general managers and owners undervalue the best players by making it about the first pick? To test out my theory, I sat down with Miami Heat Assistant Coach, former NBA All-Star player, author and broadcaster Caron Butler.

“Traditionally, you were taught to draft a big man,” Butler explains. “The half court game was different back then. Guards were not considered franchise players that you build around.”

This may be why the No. 3 pick sensation first started happening with guards but today these players are anywhere from 6 feet 6 inches to 6 feet 8 inches tall, swing men and small forwards. Which begs the question: What were they thinking when they took Glen Robinson over Jason Kidd and Grant Hill?

“Because Glen Robinson, the ‘Big Dog,’ was still at Purdue University and still considered a four man,” Butler  replies. “He was one of the guys that they felt would have been more durable than a guard or feature guy like Grant Hill. Back then technology was not the same. So if a guy with all the wear and tear, the mileage, got an injury, they were done. A lot of people had red flags on individuals that came into the game. They’d say, ‘He can probably do three to four years max. Then, outside of that, his basketball life is over.’ With big guys, they play for ten to fifteen years.

“Allen Iverson changed the narrative slightly,” Butler continues. “Instead of taking a big man off the board immediately, people started changing their mind frame going into the boardroom for the draft. Suddenly, it was OK taking a guard.”

There’s also pressure to take whomever the NBA scouts are pushing, which can force the No. 1 pick on the people holding it. Butler agrees.

“Yeah, headlines and narratives about players can persuade an organization to say, ‘Alright, I’ve got to take this guy ’cause if I don’t and he pans out, it’s going to be crazy.’ Take the Lonzo Ball situation the Lakers were caught up in. Lonzo wasn’t the best player. Jayson Tatum was the best player in that draft.”

Similarly, in 2009, Hasheem Thabeet got selected before James Harden. Is there a lesson to be learned — i.e., don’t make the mistake of taking the big guy first?

“The Godfather of the game, Pat Riley, taught me a valuable lesson,” Butler says. “He told me to take the most talented player, not the big guy or the small guy. Take the best available.”

What Analytics Reveal About the Under-Appreciated Value of the No. 3 Pick

The answer isn’t so simple.

General managers would rather have the second pick than the third, but since the 1979 draft, third overall picks have had a higher career-win share than second overall picks. When compared to expected career-win shares, derived from Kevin Pelton’s draft-pick values table, the third overall pick is the only top-three pick to exceed its expected value — and it does so by a 14.2 percent margin (see Figure 1.1). They also have the second-most top players from their respective classes (Figure 1.2).

According to Miami Heat Assistant Coach and former NBA All-Star Caron Butler, this can be at least partially due to the presumed collective knowledge among NBA GMs to draft a big man to build around. Do adages such as “you can’t teach height” truly create groupthink tendencies for GMs to overlook premier talents solely because of their height? The answer seems to be yes.

Among players drafted in the top thirty picks since 1996, there is no correlation between height and career-win shares (Figure 1.3). However, there is statistically significant
evidence to support Butler’s point that GMs tend to select taller players more (Figures 1.4 and 1.5). NBA GMs have systematically overvalued height in draft selections despite it having no proven impact on career production. Shorter, more talented players often go on to have more successful careers.

How does this misplaced use of height in the valuation of draft prospects create advantages for the teams drafting third overall?

Since the industry consensus is that taller players have more successful careers, it would make sense that for the most crucial picks, particularly the first and second, GMs would be afraid of missing out on a highly touted tall player’s potential. The players drafted first and second overall have average heights significantly higher than the average of the top ten picks (Figure 1.6). It seems as if the third pick is the point at which GMs no longer display that fear of missing out described by Butler.

The third overall spot is the earliest pick in which the average height of players drafted at that spot is lower than the average of all top ten picks. The seeming ability for GMs to largely ignore height starting at the third overall pick allows for situations like those seen in 2018, when two 6-foot-11-inch players were drafted over the 6-foot-7-inch Luka Dončić.

Now, what does all this mean for the careers of recent and future No. 3 picks? The short answer: not a whole lot.

Unfortunately for New York Knicks fans, the success of former No. 3 overall picks does not guarantee the same for RJ Barrett, the shooting guard and small forward selected third overall in the 2019 NBA draft. However, the analysis of height data for former draft picks does caution GMs against groupthink, particularly in using height as a predictor of success, which they appear to have done in the past. At the very least, the data conclusively shows that recent No. 3 picks have been disproportionately successful compared to their draft slot.