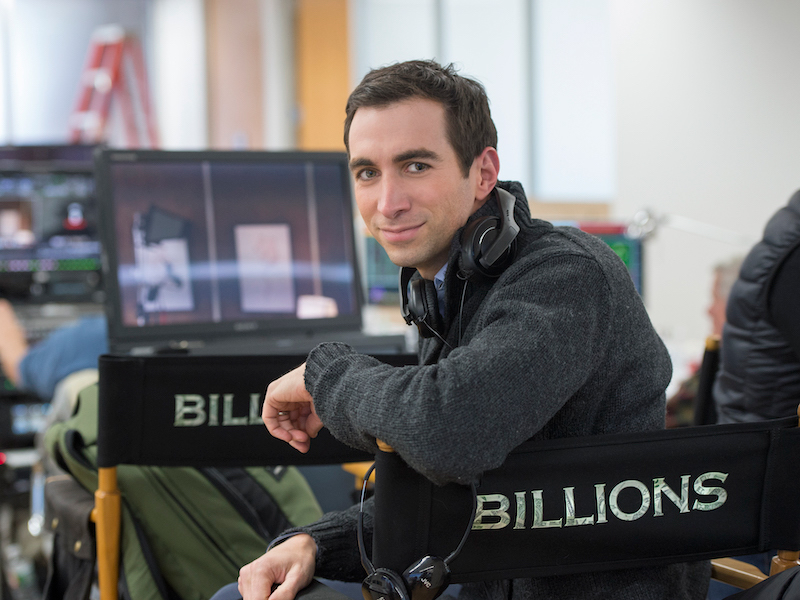 Andrew Ross Sorkin is a media Renaissance man. He created the uber-popular DealBook blog for The New York Times, is an anchor on CNBC’s Squawk Box, wrote the bestselling book Too Big to Fail, and co-created the hit Showtime drama Billions.

Sorkin and I connected over Skype. He was in his Manhattan apartment, barricaded in his bedroom while his children sporadically knocked at the door. Over their occasional shouts, he told me how he built a modern media brand.

Sorkin was an eighteen-year-old college intern when he began working for The New York Times. He was well liked by the staff and would do almost anything to endear himself to the newspaper’s reporters. When he graduated, he was hired for a job that would be the envy of any journalism major: business reporter for the Times’ London bureau. He left for England to launch his career.

There was one problem: He was still only twenty-two, with no real experience as a journalist. “I was so scared,” Sorkin recalls. How do you craft stories, or even one story, worthy of the world’s greatest newspaper?

Without even realizing it, Sorkin began following the Benjamin Franklin Method. This is a process that my friend, author Shane Snow, introduced to me. As a young man, Benjamin Franklin was a mediocre writer. To fix this, he started to consume lots of articles he thought were exceptional and outlined their structure. How did they build an argument? What does a strong conclusion look like — or feel like? He would then use these outlines to practice his own writing.

He had created his own mad libs, so to speak.

Franklin’s method involves the careful observation and re-creation of the structures underlying successful creative work. Creators use it to understand formulas or patterns that have historically proven to be successful. Along the way, they’re exposed to what their audience would know. Then, on top of that structure, they can add novelty while maintaining the necessary baseline of familiarity.

Sorkin did the same thing.

He sought out similar Times stories from previous years and studied their formats. Did a story kick off with a quote? When did the writer summarize the key points? “I’d almost try to turn my own article into mad libs,” Sorkin recalls. He began building outlines of an ideal format based on what worked, then fit his own story into that container. “I hate to say it,” Sorkin says today, “but I was always trying to find the formula.” The Benjamin Franklin Method quickly taught him the basics of great business writing, and helped his career to skyrocket.

When Sorkin began writing Too Big to Fail, he once again followed a variation of Franklin’s method. “I went to the bookstore and bought five or ten of my favorite business narratives and studied what they were doing, how did they do it, what was it that I liked about it, and what didn’t I like about it.” He soon discovered that his favorite books had a lot of breaks and hopped between scenes to create a breathless narrative. Sorkin emulated this in his own book, making it accessible and brisk. He didn’t stop there. For example, he loved how Kurt Eichenwald’s book Conspiracy of Fools opened with a driving scene, and how it gave the book propulsion and movement. Learning of a moment that took place in a car as he was reporting on Too Big to Fail, Sorkin decided to open his book with it.

For Sorkin and most other creators, standing on the shoulders of others, and seeing and mastering the patterns laid down by those creative ancestors, allows them to create exceptional work that brings together the familiar with the right twists of novelty. Imitation, in fact, helped Sorkin become familiar with artistic constraints, thereby allowing him to communicate his most persuasive new ideas within a time-tested framework.

As Sorkin and Franklin discovered, these patterns are often best learned via imitation. If we imitate the people we admire, and reconstruct their past successes, we are that much closer to absorbing the patterns we need to produce content at the right point of the creative curve.

As Sorkin and I were nearing the end of our video call, he made an essential point: “I was also the beneficiary of knowing a lot of those authors I looked up to or knowing people who knew them. I called them up, and I would try to almost interview them myself, and try to understand what were the great lessons and mistakes they made so that hopefully I would not do the same.”

In other words, Sorkin pieced together a community of people he could learn from. As he put it, “In just about every endeavor I’m involved in, there is either a partner or some person that I talk to.” Whether it was his co-creators for the TV show Billions or his book editor, Sorkin made a habit of surrounding himself with other creative people. The public may view them as solo geniuses, but as I spent more time with real-life creators, I found this couldn’t be further from the truth.

Allen Gannett is the author of The Creative Curve and co-host of the podcast Creative Hotline. He lives in New York City with his cute but mischievous corgi.

Adapted from The Creative Curve by Allen Gannett Copyright © 2018 by Allen Gannett. Adapted by permission of Currency. All rights reserved. No part of this excerpt may be reproduced or reprinted without permission in writing from the publisher.